The world has been thrown into chaos from a unified terrorist attack on nuclear reactors across five continents. It has been beaten down to its lowest point, and the military forces of even the greatest nations are unable to respond to the crises that are facing their countries.

Enter Atlus, a private military corporation run by Irons that’s strangely prepared to handle the task set before them. It has the “single largest standing military in the world,” according to a character in the trailer. The game will follow Private Mitchell (voiced by Troy Baker) over the course of 8 years, so it’s possible we’ll see Atlus responding, fighting, and rebuilding these nations, which puts it in a position with tremendous power — likely giving it control over infrastructure across the globe and putting it in a position to manipulate governments everywhere.

Players may move from battling against a terrorist organization to fighting against the Atlus organization over the course of the game. The trailer had much more to reveal than backstory, though. Activision also teased some aspects of gameplay. Source-http://wallstcheatsheet.com
Posted by scorcher868 at 6:04 PM No comments:

Xbox One, Major Updates for the New Console 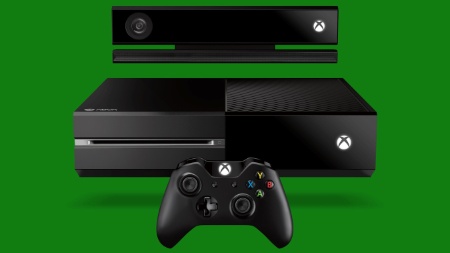 Straight from the Xbox Wire- Last week at E3, the excitement, creativity and future of our industry was on display for a global audience. For us, the future comes in the form of Xbox One, a system designed to be the best place to play games this year and for many years to come. As is our heritage with Xbox, we designed a system that could take full advantage of advances in technology in order to deliver a breakthrough in game play and entertainment. We imagined a new set of benefits such as easier roaming, family sharing, and new ways to try and buy games. We believe in the benefits of a connected, digital future.

Since unveiling our plans for Xbox One, my team and I have heard directly from many of you, read your comments and listened to your feedback. I would like to take the opportunity today to thank you for your assistance in helping us to reshape the future of Xbox One.

You told us how much you loved the flexibility you have today with games delivered on disc. The ability to lend, share, and resell these games at your discretion is of incredible importance to you. Also important to you is the freedom to play offline, for any length of time, anywhere in the world.
So, today I am announcing the following changes to Xbox One and how you can play, share, lend, and resell your games exactly as you do today on Xbox 360

After a one-time system set-up with a new Xbox One, you can play any disc based game without ever connecting online again. There is no 24 hour connection requirement and you can take your Xbox One anywhere you want and play your games, just like on Xbox 360.

Trade-in, lend, resell, gift, and rent disc based games just like you do today

There will be no limitations to using and sharing games, it will work just as it does today on Xbox 360. In addition to buying a disc from a retailer, you can also download games from Xbox Live on day of release. If you choose to download your games, you will be able to play them offline just like you do today. Xbox One games will be playable on any Xbox One console -- there will be no regional restrictions. These changes will impact some of the scenarios we previously announced for Xbox One. The sharing of games will work as it does today, you will simply share the disc. Downloaded titles cannot be shared or resold. Also, similar to today, playing disc based games will require that the disc be in the tray.
Posted by scorcher868 at 2:18 AM No comments: 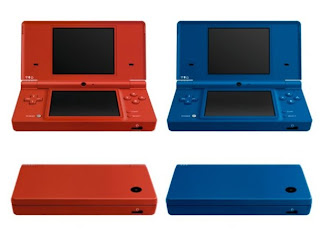 Nintendo's DSi has been overshadowed by the company's 3DS, but that doesn't mean the company will leave the DSi in the dark. Nintendo's DSi was a predecessor to the company's latest handheld, the 3DS. The DSi comes with the same dual-screen design and offers both front- and rear-facing cameras. Unlike the 3DS, however, it doesn't come with glasses-less 3D support.

Earlier this year, Nintendo dropped the price of the DSi to $99 from the earlier $149. The DSi XL, which delivers the same device with larger screens, was brought down to $129.

According to Nintendo, the new red and blue DSi handhelds can be found at retailers "as early as this week." Nintendo already sells several other colors, including black, pink, and a much lighter blue.